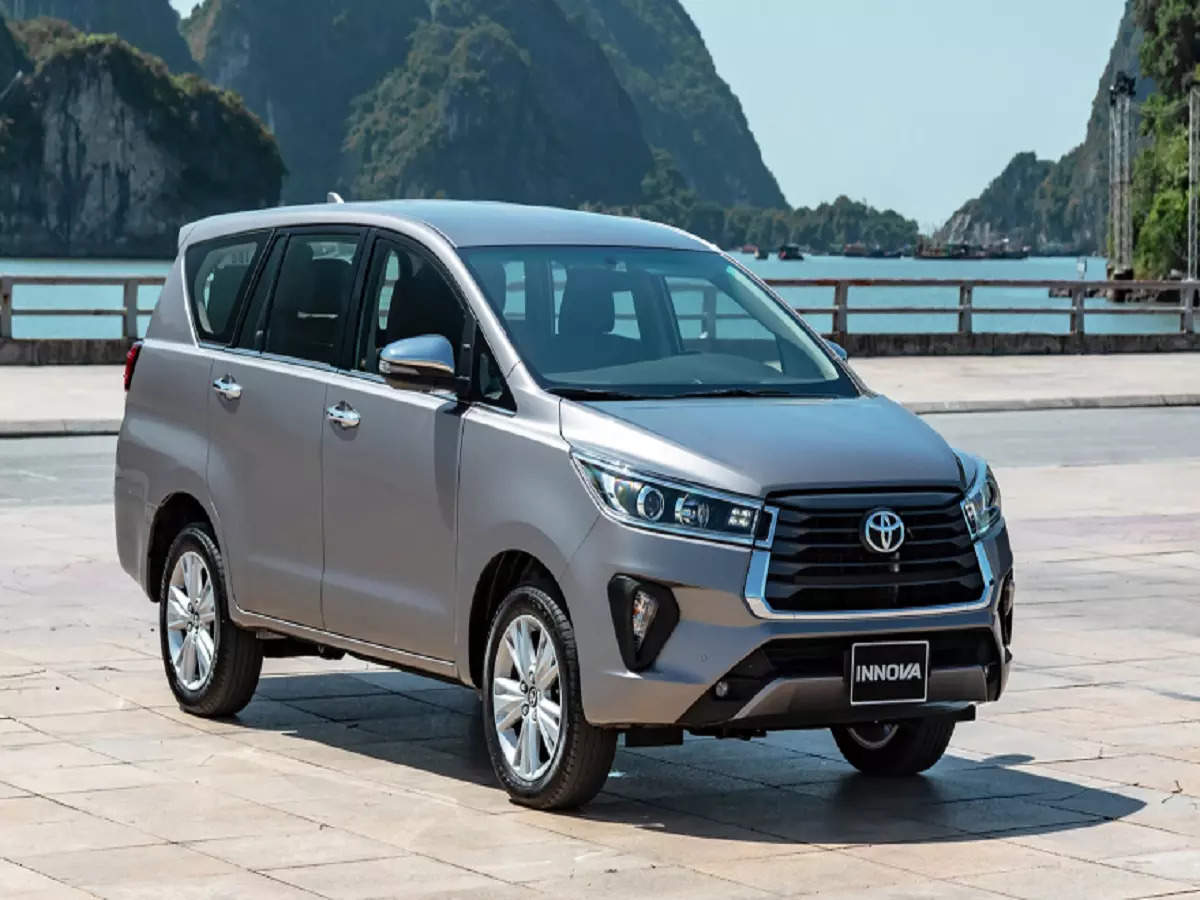 Facebook
Twitter
Pinterest
WhatsApp
Toyota Innova Cross India Launch: Toyota, the world’s number 1 car company, has introduced good cars in India in the SUV and MPV as well as in the hatchback segment. Along with the look-features and comfort, the cars of the Japanese company Toyota, which are strong in strength, have a different craze here and the most enthusiasm among them is about Toyota Innova. The model of Toyota’s luxury MPV Innova currently sold in India is the Innova Crysta.
Now this year, preparations are on to bring the next generation model of Innova. The company had trademarked the name Innova Highcross, after which the discussion is going on that the next generation Innova can be sold in India under the name Innova Highcross. Let us now tell you about this MPV in detail.

The next generation Innova will be developed on the new Monocoque platform (TNGA-C) in India, which will get a lot of special features along with better space and luxurious interiors. The wheelbase of the new Innova High Cross will be 100 mm more. At the same time, in terms of look and design, there will be a lot of changes in its cosmetics compared to the current Innova Crysta. In the Next Generation Innova look and design, the company’s premium cars will be inspired by the Corolla Cross and Veloce. In fact, the company is preparing to make Toyota Innova Highcross better than all other cars in the luxury MPV segment.

read this also : Mahindra Scorpio N may miss these two special features, know what will be the new features

There will be a plethora of features in the Next Generation Innova. Like its exterior, the company is trying to improve the interior as well. The Innova HighCross has been spotted on several occasions during the testing period over the past few months, but its features are not known. Now it is believed that the new Innova High Cross will have many special features including Advanced Driving Assistant System (ADAS), wireless charging, connected car technology.

On the other hand, in terms of engine and power, it will get a 2.0 liter petrol engine as well as a hybrid powertrain. The new Toyota Innova High Cross can be launched by Diwali this year and its starting price can be around Rs 20 lakh.

read this also : New Maruti Brezza Facelift has more than 25 new features compared to the old Brezza, know when it will be launched

Check mileage details including price and specifications of all variants of...

How much will be the downpayment and EMI for buying a...